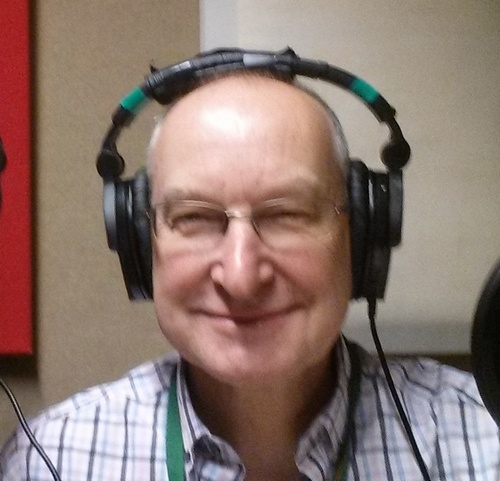 Since Steve G joined Castledown FM he has been using his music knowledge to present his own weekly program, Sounds Interesting, on Thursday night from 7pm till 9. Steve has also been involved in numerous other broadcasts including the all night Referendum special and the Remembrance Day service. Steve has covered the Marlborough Jazz Festival and many other outside broadcasts and enjoys interviewing the singers and musicians that play these events.

In 2019 Steve started Castledown FM's new political show Talk of the Towns, which airs fortnightly on a Thursday, on which he was joined by Barry Rhodes.

© 2021 Castledown FM Ltd - A Not for Profit Media Company - Registered in England and Wales. Powered by Aiir.